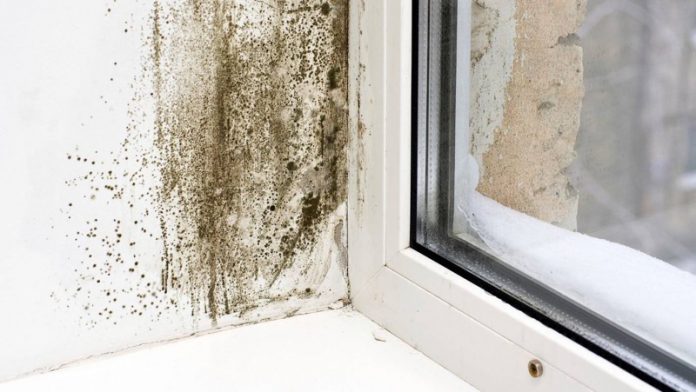 Damp and mould are the effects of excess moisture trapped in your home, usually occurring if your house has poor ventilation. The resulting damp surroundings can cause mould to multiply. This type of housing disrepair is quite common in the UK especially during the winter season.

A faulty central heating system of a property is one of the culprits that cause these problems. When it breaks down, all rooms  connected to it will have insufficient levels of heating, causing condensation to form. This causes dampness on the walls and ceilings, providing perfect conditions for mould to grow and thrive in your home.

Where do damp and mould come from?

Dark and damp places are the birthplace of mold. Crawl space wall insulation prevents the humid air from settling in the space, creating condensation and promoting mold growth. Many studies have proven that a sealed crawl space creates a healthier and more energy-efficient home due to the elimination of humidity fluctuations. Mold needs at least 70% relative humidity level to grow and thrive. Mold can lead to breathing issues and other nasty side effects.

Mould develops in damp areas and is usually green, white, or black in colour. Mould  is the end result of longstanding moisture such as condensation on walls, or leaks in the ceiling. While unable to cause structural damage, they can and will cause your property to deteriorate, discolouring paint and exuding an unpleasant smell if the contributing factors are left unrepaired.

The spores are allergens; they will cause health issues and can trigger pre-existing conditions like asthma. If you see patchy stains on your walls and ceilings, smell something earthy inside your home, or notice that one of your family members is exhibiting allergic reactions, such as coughing and sneezing and/or a scratchy throat, it is very likely that your home is inhabited by growing fungi.

As has been implied, damp and mould are correlated, so that damp eventually leads to the existence of mould. Structural issues can cause penetrating damp resulting from poor building maintenance or the use of sub-standard materials during the construction of the house.

Condensation damp is responsible for black mould on the walls, as well as moisture (that can be more easily seen forming on windows and mirrors). This is due to bad ventilation and/or insufficient heating. However, when groundwater permeates through walls or windows, rising damp will manifest in the said areas.

Improper upkeep may also result in dampness and mould. This, in turn, will make your home uninhabitable. While you may be responsible for cleaning the house you live in, ultimately, it is still the responsibility of your landlord to take care of structural problems like a leaking roof, insufficient heating, and windows and/or doors that don’t fit snugly with their frame.

The effects to your health

As such, it is important to immediately report to your landlord when you discover dampness and mould in your flat. You can make a housing disrepair claim and personal injury in case you suffer from asthma attacks. Prolonged exposure to mould spores can cause allergic reactions such as asthma and rhinitis. Between 2004 and 2012, one of the causes proven to have contributed to the rise in asthma cases in the deprived communities of the UK was high levels of dampness.

Allergic asthma can also be triggered by dust mites, which are also found in damp and mouldy environments. The signs that you or your family member is having an asthma attack are wheezing, difficulty breathing and shortness of breath, chest tightness, and coughing during exertion.

In the report by the World Health Organization, there is a 75% likelihood of developing asthma if you live in a damp building compared to those with good ventilation.

There are other health issues that arise from exposure to damp and mould. These are other respiratory infections such as sore throat, mild fever in children, coughing and sneezing. The fungi also cause skin conditions that are also allergic reactions to the fungi like hives and eczema.

Do not wait for you or your whole family to suffer physically or mentally because of damp and mould issues. Seek the assistance of housing disrepair experts so they can show you how you can force your landlord to cooperate with the repairs and eventually fix all the underlying issues of the whole property.

Your claim will not only cover the cost of legal costs, but also personal injury in case the damp and mould triggered your allergic asthma.

Exercise your tenant rights. Set an appointment with disrepairclaim.co.uk now and work with their team of solicitors.

Winter Cleaning Tips For Your Office

How to Wisely Invest in Home Improvement in 2022

You may find out anything which is related to your home at simdreamhomes. The only and the best ideas for everyone.
Contact me: simdreamhomescom@gmail.com
© Copyright 2017 - Newspaper WordPress Theme by TagDiv